What do Hannover, environmental protection and startups have in common?

"Nothing changes if nothing changes". In order to be able to continue living on our earth, more must be done for the protection of the environment, nature and species.

The World Environment Day is celebrated every year on June 5th and this gives us the opportunity to reflect on our contribution to the planet and to change our habits accordingly. The theme for this year is ecosystem restoration, with a special focus on creating a good relationship with nature (#GenerationRestoration).

We at RootCamp asked ourselves: What is being done for the environment in Lower Saxony and Hannover and what can we do?

The farming and agriculture sector in Lower Saxony is thriving first of all thanks to the natural favorable conditions. With about 1.9 million hectares of arable land used to grow potatoes, kale, asparagus, blueberries, and sugar beet, it is Germany's most fertile and nutrient-rich farmland. Lower Saxony's northern regions are known for their livestock. Pigs, dairy cows, and, above all, chickens are raised alongside marshlands, river banks, and the coast.

This region hosts big companies like our sponsor K+S, the worldwide manufacturer for salt and fertilizer and the seed company KWS, but also Nordzucker AG, the second-biggest sugar factory in Europe, the agricultural trader AGRAVIS and dairy producer Deutsches Milchkontor among many in this sector.

Additionally, AGRITECHNICA and EuroTier are important trade fairs in the industry, bringing farmers and enthusiasts from all over the world to Hannover. More than half a million tourists come to Hannover each year to learn about agricultural and animal husbandry technologies thanks to these activities.

Moreover, Lower Saxony hosts many initiatives to protect the environment, such as the "Lower Saxony Way". The “Lower Saxony Way” is an agreement between agriculture, nature conservation and politics that is unique in this form nationwide. In the joint agreement, all parties involved commit to major efforts in nature and species conservation, biodiversity and the management of landscape resources. Since some of the measures will lead to severe restrictions in farmers' work routines and result in economic disadvantages, they will be compensated for this. By 2025, the proportion of organic farms will grow to 10% and farmers will mow their meadows later to protect wild birds. In addition, a general reduction of chemical pesticides through new spraying technologies has been agreed. Small biotopes living around waterways will also be protected by not using fertilizers and pesticides, and additional landscape elements such as bushes, rows of trees and avenues will be created.

In the area of Solling, a large range of hills in Northeim district, a wildlife sanctuary in the middle of the forest covering 1000 hectares will be established by 2028, with trees older than 150 years. This will create a large, contiguous old-growth forest complex and a refuge for many animals such as woodpeckers, owls, lynxes and bats, as well as numerous species of insects, fungi and plants. Another important natural area in Lower Saxony is moorland, where the careful management makes an enormous contribution to climate protection.

There are also agreements outside agriculture, such as that new sealing of land in Lower Saxony which will be reduced by 2030 to below three hectares per day and in subsequent years will be further reduced to net zero by 2050 at the latest.

Biodiversity and nature conservation in the state of Lower Saxony definitely has its strong foundations, but within a city like Hannover it may be a greater challenge. Hannover was awarded in 2011 the title of “Federal Capital of Biodiversity” thanks to a variety of projects and activities.

The program 'more nature in the city' has the objective to support nature conservation in and around Hannover. In total eleven different project areas were selected in Hannover, which are distributed over the entire city area. These include green spaces close to settlements, green corridors and fallow (allotment) land, each with a different focus in the desired wilderness development. In addition, two areas within the city forest were selected, as well as the natural forest in the Eilenriede city forest, which has been left to its own devices since 2016 to protect species and biotope diversity. 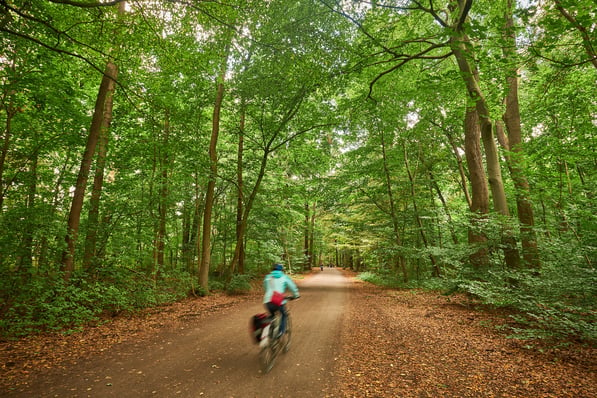 The 'Green Hannover' project also shows that not only soil can provide a habitat for important species. Since 2012, green roofs and facades as well as unsealing in the city have thus been promoted. The greening of roofs and facades has already created more than 10,000 m² of urban vegetation area.

Beekeepers such as the Bioland Imkerei Eggers and the association Hannover summt! e.V. also makes an important contribution in the middle of the city. The green urban areas and small green spaces on roofs and facades make it possible to set up bee colonies directly in Hannover, such as on the roof of the Ernst August Galerie in the city center. In this way, regional organic honey can be produced directly on site.

Last but not least, startups are also driving sustainable solutions with creative ideas and bringing them to companies and the economy. Besides startups like SmartCloudFarming, CROPT, Be-Grow, PlasticFri and Aquapurna from our first batch, below we would like to introduce you to three Hannover-based startups like Summitree, HAIP Solutions or Vielfeld.

Summitree wants to combine sports, team building and nature protection in one app. Every team defines in the app a challenge including the number of kilometers that they as a team will cycle or run. At the end, the climate-active app converts the exercise into tree planting to reforest forests. At the same time, health and team spirit are strengthened.

Tech startup HAIP Solutions uses hyperspectral imaging of cameras in various fields such as agriculture, forestry, food industry, geology and recycling. Cameras and the startup's technology help make individual process steps more sustainable in each sector through, for example, more accurate waste separation and thus an efficient recycling process. The startup's solutions can also be applied in the AgTech sector to detect weeds and plant diseases and determine water and nutrient supply.

With a flower sponsorship from Vielfeld, everyone can contribute to environmental protection and nature conservation without owning and maintaining their own green spaces. The startup brings people in contact with the countryside and agriculture through a newsletter, a sponsorship certificate and educational sessions. The flowering areas are planted and maintained by farmers around Hannover for one or two years, depending on the personal preference.

This article shows that environmental, nature and species protection is diverse and possible in different forms. Lower Saxony and Hannover are the perfect location for a startup incubator like RootCamp, a special place for disruptive and sustainable ideas, which in this optimal environment lead to globally relevant solutions along the AgriFood value chain.

➡️ If you want to disrupt the AgriFood Tech industry and be part of RootCamp join our next batch: you can apply here.

➡️ You think we need to know you and your sustainable startup idea better? Or you would like to learn more about our startups? Hit us up at info@root.camp!

Wiebke grew up on a farm and is studying agricultural science for her Master's degree. She loves the variety of the agricultural industry with a special interest in plants and insects. At RootCamp, she is responsible for the database of Agritech/Food Startups as a working student and does research on the product and services of the startups.

“This is just the beginning”: RootCamps first batch & Demo Day

11 reasons to apply for the RootCamp startup Accelerator program